Everything I read in September. I didn’t finish much this month!

by Rin Chupeco. To be published in March 2017. Tea discovers she’s a bone witch after raising her brother from the dead, but bone witches are both powerful and feared. Her life won’t be an easy one. While some teens will probably like this, for me, much of it became too obsessed with clothes and training and lost sight of plot. You can read my full review on Goodreads. Thanks to NetGalley and Sourcebooks for providing an advanced copy in exchange for an honest review. 2/5

by George Ewart Evans and David Thomson. Published in 2001. Want to know more about hares? Well, this is the book for you. The study begins with a natural history of hares (did you know their young are called leverets? that they build ‘forms,’ or nests, on top of the ground as opposed to burrowing beneath the earth?), then it moves to human interaction with hares, and ends discussing myth and folk beliefs about hares. I originally believed it would mostly be a folklore collection, since I’d previously read one of the author’s works which was entirely folkloric (The People of the Sea: A Journey in Search of the Seal Legend

). While that’s not what I found here, it’s even more useful for the current creative project I’m working on. 4/5

edited by Lynne M. Thomas and Michael Damian Thomas. Published in September 2016. Collects 6 speculative fiction short stories, 4 essays, 3 poems, and 2 interviews. Read (free) fiction about creatures in the form of doppelgangers, fairies, and ghosts, witches, ogres and a brain. The essays pay homage to Star Trek, my favorite TV show (along with Dr. Who), and my favorite piece in the issue is a discussion of Alice in Wonderland Syndrome. So interesting! Good issue overall. I’m going to go support the magazine by purchasing a subscription for next year now. You can read my review of the entire collection on Goodreads. 4/5

All of these are free online, so click the links if you want to read them!

“The Second Bakery Attack” by Haruki Murakami. When newlyweds awake in the night starving, an unusual decision is made. Hilarious short story, and my first Murakami! Will have to read more. 4.5/5 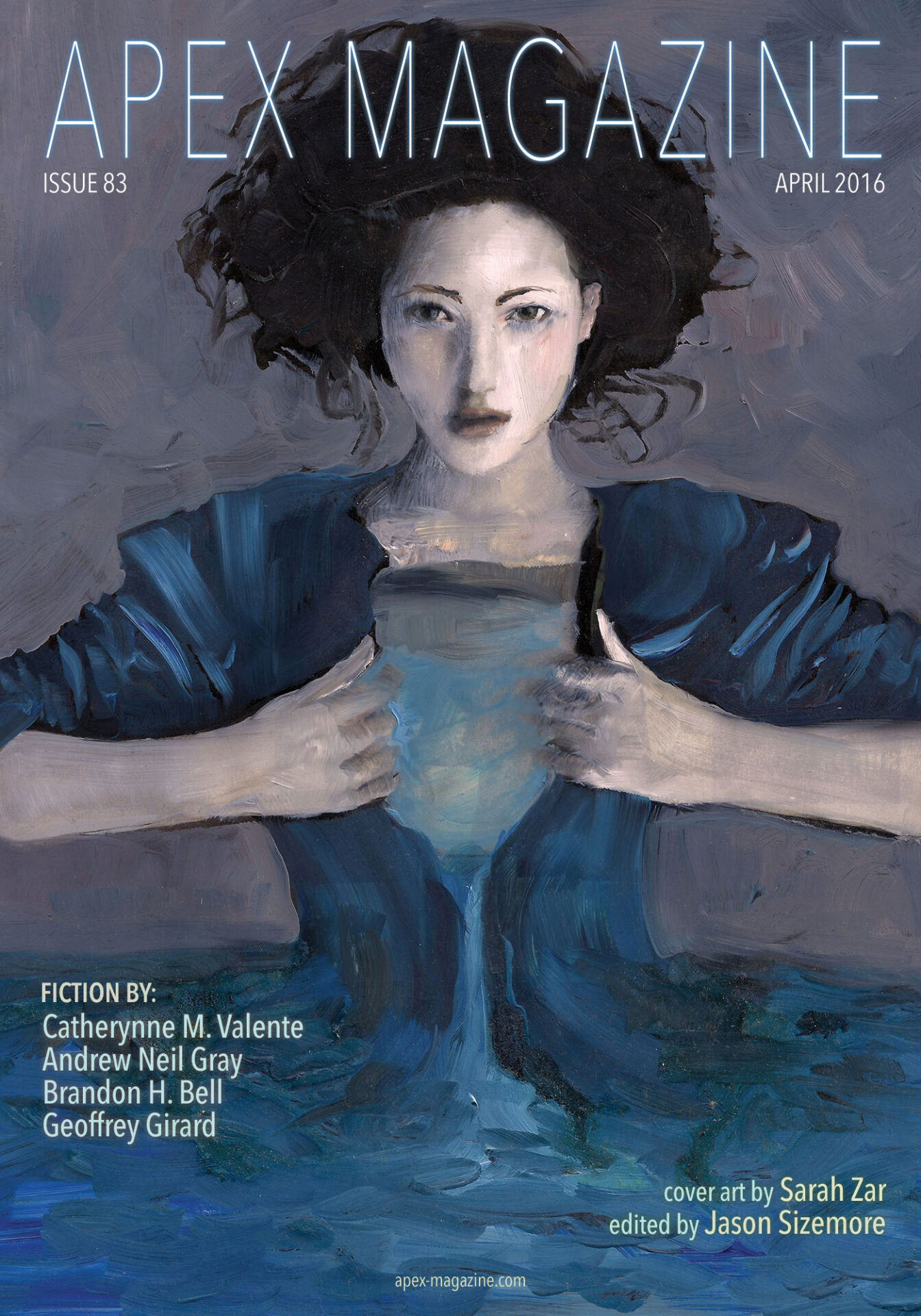 “The Quidnunx” by Catherynne M. Valente in Apex Magazine (April 2016, reprint). Novelette. A forest and a meadow fall in love, one builds a village, the other builds forest creatures. The quidnunx is one of these forest creatures who just so happens to like the taste of humans. And, oh, the humans also like the taste of quidnunxes. As always with Valente, absolutely unique world, and prose with an ear toward sound. 4/5

“La beauté sans vertu” by Genevieve Valentine in Tor.com (April 2016). 19-year-old Maria is a model in an industry where model’s arms are replaced with looser, younger arms. She’s known as the Princess of Roses and Diamonds, and hints of the fairy tale Diamonds and Toads interplay with the hottest fashion show of the season. It’s an interesting read. 3.5/5

“Left Behind” by Cat Rambo in Clarkesworld Magazine (May 2016). A woman programs mind palaces for the elderly in a space ship, so their descendants don’t have to take care of them. A brother and sister bring in their elderly mother who isn’t exactly keen on the idea of living in a mind palace, and the programmer discovers the mother has a wonderful imagination and memory, far more complex than she’s ever experienced before. Interesting concept. 4/5

“Mine-wife” by Karin Tidbeck in Words without Borders (January 2015). Letters and artifacts are exchanged concerning an archaeological dig where dolls, or mine-wives, are placed at the entrances of mines. A village once disappeared there, and the archaeologists are investigating why. I like how this story is told in artifacts — letters and notes. Not sure I get the ending, but it’s still worth reading. 4/5